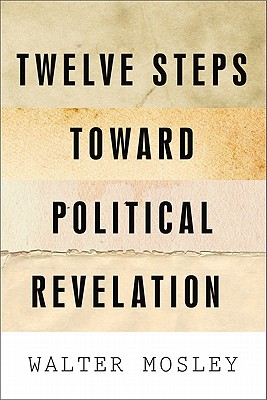 In his late teens and early twenties, Walter Mosley was addicted to alcohol and cigarettes. Drawing from this intimate knowledge of addiction and recovery, Mosley explores the deviances of contemporary America and describes a society in thrall to its own consumption. Although Americans live in the richest country on earth, many citizens exist on the brink of poverty, and from that profound economic inequality stems self-destructive behavior.

In Twelve Steps to Political Revelation, Mosley outlines a guide to recovery from oppression. First we must identify the problems that surround us. Next we must actively work together to create a just, more holistic society. And finally, power must be returned to the embrace of the people.

Challenging and original, Recovery confronts both self-understanding and how we define ourselves in relation to others.

Walter Mosley is one of America's most celebrated and beloved writers. A Grand Master of the Mystery Writers of America, he has won numerous awards, including the Anisfield-Wolf Award, a Grammy, a PEN USA's Lifetime Achievement Award, and several NAACP Image Awards. His books have been translated into more than twenty languages. His short fiction has appeared in a wide array of publications, including the New Yorker, GQ, Esquire, Los Angeles Times Magazine, and Playboy, and his nonfiction has been published in the New York Times Book Review, the New York Times Magazine, Newsweek, and the Nation. He is the author of, most recently, Down the River unto the Sea. He lives in New York City.
Loading...
or support indie stores by buying on