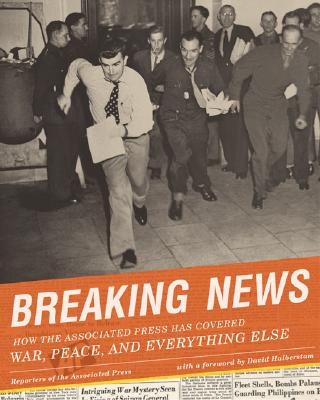 How the Associated Press Has Covered War, Peace, and Everything Else

The reporter who filed the last dispatch before falling with Custer at his "last stand" against the Sioux.The Honolulu bureau chief who looked up from his breakfast table to see Japanese planes flying low andcalled San Francisco, managing to dictate a single paragraph before all communications to the mainlandwere cut. The Saigon bureau chief who served Coca-Cola and pound cake to three North Vietnamesesoldiers before writing the bulletin announcing the fall of Saigon. These are but a few of the gripping anddramatic stories reported first by the Associated Press in the past century and a half.

In How the Associated Press Has Covered War, Peace, and Everything Else, the Associated Press throws open its archives and invites readers into its news bureaus and out into the field to witness first hand its groundbreaking reporting on presidents, elections, wars, civil rights, trials and crimes, disasters, business, and major sports events. The book conveys, through personal accounts, archival materials, interviews, and Pulitzer-Prize-winning photographs, how the AP became the world's largest news organization and howit continues to play a vital role in providing the news to the American and international press. Breaking News makes an original and significant contribution to journalism history by shedding light on the nation's primary newswire service, one that reaches one half of the world daily and upon which virtually every serious newspaper and broadcast outlet in the nation has relied for decades.