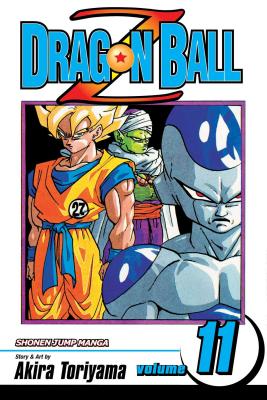 With an entire planet for their battleground, Goku and Freeza continue their showdown to see who's strongest in the universe! But Goku's determination turns to horror as he realizes that his enemy has just been toying with him...and at just 50% of his full power, Freeza is more than strong enough to beat Goku! Gohan, Piccolo and Kuririn distract Freeza while Goku powers up for a gigantic genki-dama--the last-ditch "energy sphere" technique. Soon, the heroes have no choice but to hope for a miracle...