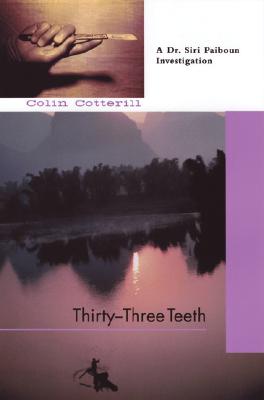 Praise for Cotterill’s The Coroner’s Lunch:

“The Coroner’s Lunch is marvelous. The setting may be unique in Western fiction, and the characters are unique to themselves. Sweet but not sappy, offbeat but not self-conscious about it, this book doesn’t so much pull you in as open a door and let you walk happily through. Fans of Alexander McCall Smith’s books will love this one.”—S. J. Rozan, author of Absent Friends

“The Coroner’s Lunch is a satisfying feast for the mind.”—Rebecca Pawel, author of Death of a Nationalist, winner of the 2004 Edgar Award for Best First Novel

The national coroner of Laos, Dr. Siri Paiboun, is no respecter of persons or party; at his advanced age he can afford to be independent. With the assistance of his helpers, the mentally retarded Mr. Geung and Nurse Dtui (“Fatty”)—who has dubbed him “Super Spirit Doc”—he elucidates the causes of mysterious deaths. But he also communes with the deposed king, whose special channel to the occult has left him, and attends a conference of shamans called by the Communist government to give the spirits an ultimatum: obey party orders or get out.

Colin Cotterill was born in London in 1952. He has taught in Australia, the United States and Japan and has lived in Thailand, on the Burmese border, and in Laos. For the last several years he has worked for UNICEF and local non-governmental agencies to prevent child prostitution and to rehabilitate abused children. He lives in Chiang Mai in northern Thailand.