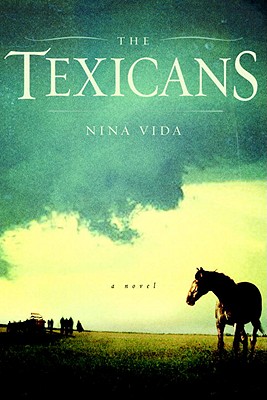 A completely engaging tale following a handful of remarkable settlers. "Entertainment Weekly"
Lively. . . . Vivid characters. . . . Enthralling reading. "The Miami Herald"
Compelling. . . . That Vida brings so much fresh energy to the timeworn Western genre complex characters, engaging stories, cutting-edge historical revisionism is no small feat. "Austin American-Statesman"
An imaginative and thoroughly researched tale driven by intriguing characters. "Denver Post"
Should be placed on the same shelf with "Lonesome Dove," "Texas," and "Pale Horse, Pale Rider." "The Monitor" (Texas)
When cholera strikes San Antonio in 1843, Aurelia Ruiz discovers that she might have the power to heal and also to curse. Meanwhile, Joseph Kimmel, a schoolteacher in Missouri and the son of a Polish Jew, learns of his brother's death in San Antonio and sets off for Texas. On his way, a runaway slave steals his horse. After being rescued by Henry Castro, a man who is importing immigrants to populate his planned city, Castroville, Joseph agrees to marry a young Alsatian girl to save her from a Comanche chief who has demanded her. Then Joseph encounters Aurelia and becomes enamored with her.
Comanches, Tonkaways, Mexican "vaqueros," immigrant farmers, and runaway slaves all play a part in Joseph's rebirth as a rancher, but when a renegade band of Texas Rangers descends upon the ranch, everything changes.
Nina Vida is the author of six previous novels: "Scam," "Return from Darkness," "Maximillian's Garden," "Goodbye Saigon," "Between Sisters," and "The End of Marriage." She lives with her husband in Huntington Beach, California.

Nina Vida is the author of six previous novels: Scam (Macmillan, 1984), Return from Darkness (Warner, 1986), Maximillian's Garden (Bantam, 1990), Goodbye Saigon (Crown, 1994), Between Sisters (Crown, 1996), and The End of Marriage (S&S, 2002). She lives with her husband in Huntington Beach, California.
or
Not Currently Available for Direct Purchase
Copyright © 2020 American Booksellers Association