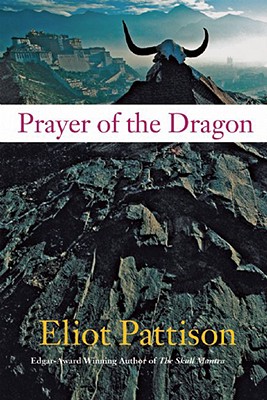 Prayer of the Dragon

Praise for the Shan series:

“Nothing I’ve read or seen about how China has systematically crushed the soul of Tibet has been as effective. . . . A thriller of laudable aspirations and achievements.”—Chicago Tribune

“Shan becomes our Don Quixote. . . . Set against a background that is alternately bleak and blazingly beautiful, this is at once a top-notch thriller and a substantive look at Tibet under siege.”—Publishers Weekly (starred review)

“A rich and multilayered story that mirrors the complexity of the surrounding land.”—San Francisco Chronicle

“Pattison thrills both mystery enthusiasts and reader fascinated by, and concerned about, Tibet.”—Booklist

“Pattison has taken an unknown world and made it come alive.”—Library Journal

Summoned to a remote village from the hidden lamasery where he lives, Shan, formerly an investigator in Beijing, must save a comatose man from execution for two murders in which the victims’ arms have been removed. Upon arrival, he discovers that the suspect is not Tibetan but Navajo. The man has come with his niece to seek ancestral ties between their people and the ancient Bon. The recent murders are only part of a chain of deaths. Together with his friends, the monks Gendun and Lokesh, Shan solves the riddle of Dragon Mountain, the place “where world begins.”

Eliot Pattison is an international lawyer based near Philadelphia. His four previous Shan novels, set in Tibet, are The Skull Mantra (which won the Edgar Award for Best First Novel), Water Touching Stone, Bone Mountain, and Beautiful Ghosts.