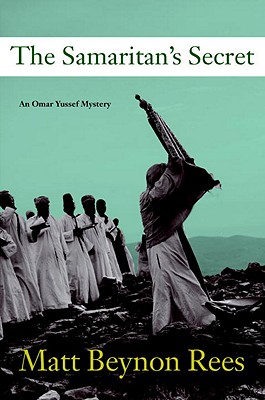 Praise for the Omar Yussef series:
Astonishing. Marilyn Stasio, "The New York Times Book Review"
Matt Beynon Rees has taken a complex world of culture clash and suspicion and placed upon it humanity. David Baldacci
Omar's probe of a West Bank ruled by political intrigue, religious hatred, and militia thugs lets ex-Time Jerusalem bureau chief Rees make the Mideast conflict personal. "Entertainment Weekly"
Exciting and compelling, but it is also a deeply moving story. David Liss
Offers a vivid portrait of Palestinian life today. "The Washington Post"
A beautifully written story. Anne Perry
An evocative, compassionate tale. "San Francisco Chronicle"
A member of the tiny but ancient Samaritan community has been murdered. The dead man controlled hundreds of millions of dollars of government money. If the World Bank cannot locate it within the next several days, all aid money to the Palestinians will be cut off. Visiting Nablus, Omar Yussef must solve the murder and find the money, or all Palestinians will suffer.
Matt Beynon Rees was born in South Wales. He has covered the Middle East as a journalist for over a decade and was "TIME" magazine's Jerusalem bureau chief from 2000 to 2006. He is the author of the nonfiction work "Cain's Field: Faith, Fratricide and Fear in the Middle East" and two previous mysteries in the Omar Yussef series.