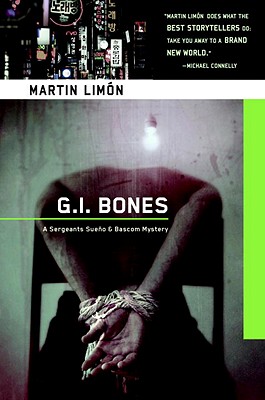 Praise for the Sueño and Bascom series:

“Setting the standard for military crime fiction, Limón’s compelling stories of murder, greed, and abuse of power are set off by the Korean culture and 1970s atmosphere.”—Library Journal, starred review

“Combining the grim routine of a modern police procedural with the cliff-hanging action of a thriller movie.”—The Wall Street Journal

“Martin Limón does what the best storytellers do: take you away to a brand new world.”—Michael Connelly

A Korean fortune-teller is being bothered by a dead American soldier who wants his bones found and buried. An underage officer’s daughter is missing together with a Latino soldier. Several of the leading Korean gangsters who own the bars in the ville have been killed. Sueño and Bascom of Military Intelligence must go back to the founding of Itaewon, Seoul’s red-light district, in order to learn who killed the soldier, who’s taking revenge on the gang lords, and where to find the missing girl.

Martin Limón is the author of numerous stories about his army police duo as well as five previous novels, Jade Lady Burning (a New York Times Notable Book of the Year), Slicky Boys, Buddha’s Money, The Door to Bitterness, and The Wandering Ghost, all available from Soho Crime. He lives near Seattle.

"The latest in the series, G.I. Bones, is brilliant—imbued with affecting characters, a morally knotty storyline, and a last chapter that just plain stuns."—Maureen Corrigan, NPR.org, Best Crime Fiction of 2009

Martin Limon is the author of "Jade Lady Burning," "Slicky Boys," "Buddha's Money," "The Door to Bitterness," and "The Wandering Ghost," all available from Soho Crime. He lives near Seattle.
Loading...
or
Not Currently Available for Direct Purchase