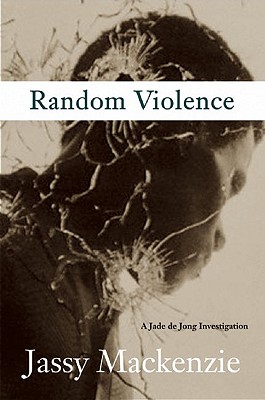 In Johannesburg prosperous whites live in gated communities; when they exit their cars to open the gates, car-jackings are common. But seldom is the victim killed, much less shot twice, like Annette Botha. Piet Botha, the husband of the wealthy woman, is the primary suspect in his wife's murder.

P.I. Jade de Jong fled South Africa ten years ago after her father was killed. Now back in town, she offers to help her father's former assistant, Superintendent David Patel, with his investigation of this case. Under apartheid, Patel, of Indian descent, could never have attained his present position. But he is feeling pressure from his "old line" boss with respect to this investigation and fears lingering prejudice is at work.

As Jade probes into this and other recent car-jacking cases, a pattern begins to emerge, a pattern that goes back to her father's murder and that involves a vast and intricate series of crimes for profit.

“A new generation of crime writers is trying to put apartheid and modern South Africa in focus ... [Random Violence is] a thought-provoking book.”
—Portland Oregonian

"Mackenzie, who has lived in South Africa from an early age, plays her hand deftly, with a page turner of a story, intriguing characters—Jade is particularly memorable—and a wealth of South African color, including its appalling racial history. At once brutal and beautiful, Random Violence leaves nothing to chance in hooking the reader."
—Richmond Times Dispatch

“With surprising characters and an intriguing plot, you’ll be guessing right up until the very end.”
—Tulsa Examiner

"Beautiful and haunting... Each chapter is filled with wonders and horrors masterfully told in darkly poetic prose, with absolutely no wastage of space permitted. She has created a terrific and believable P.I. in the headstrong and somewhat intimidating Jade de Jong; a P.I. we will no doubt be seeing plenty of in the future. A host of colorful and memorable characters fill the pages, alongside Jade, making this a gripping and page-turning read, despite the bleakness of place and events via post-apartheid South Africa."
—New York Journal of Books

Starred Review: "Set in contemporary South Africa, Mackenzie's triumphant debut
introduces PI Jade de Jong.... The plot has more than its fair share of nice twists, and Mackenzie does a superb job of making the reader care for her gutsy lead while offering a glimpse at life in South Africa after apartheid. Readers will wish Jade a long fictional career."
—Publishers Weekly

Jassy Mackenzie was born in Rhodesia and moved to South Africa when she was eight years old. She lives in Kyalami near Johannesburg and edits and writes for the annual publication "Best of South Africa."
Loading...
or
Not Currently Available for Direct Purchase