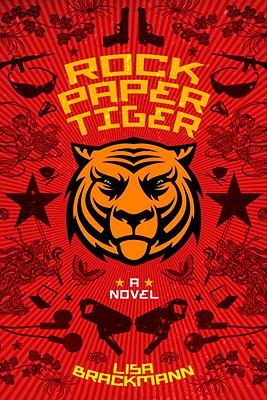 American Iraq War veteran Ellie Cooper is down and out in Beijing when a chance encounter with a Uighur a member of a Chinese Muslim minority at the home of her sort-of boyfriend Lao Zhang turns her life upside down. Lao Zhang disappears, and suddenly multiple security organizations are hounding her for information. They say the Uighur is a terrorist. Ellie doesn t know what's going on, but she must decide whom to trust among the artists, dealers, collectors, and operatives claiming to be on her side in particular, a mysterious organization operating within a popular online role-playing game. As she tries to elude her pursuers, she's haunted by memories of Iraq. Is what she did and saw there at the root of the mess she's in now?

“An original and compelling protagonist.... Brackmann maintains the tension throughout, and we're given a surrealist peek at China's subterranean society.”
—Japan Times

Lisa Brackmann is the critically acclaimed author of the Ellie McEnroe novels set in China ("Rock Paper Tiger," "Hour of the Rat," " Dragon Day") and the thriller "Getaway." Her work has also appeared in "The Wall Street Journal" and CNET. She lives in San Diego with a couple of cats, far too many books and a bass ukulele. You can find her online at www.lisabrackmann.com. "From the Trade Paperback edition."
Loading...
or
Not Currently Available for Direct Purchase