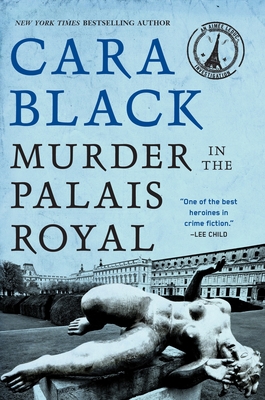 Murder in the Palais Royal (An Aimée Leduc Investigation #10)

Someone impersonating Parisian P.I. Aimée Leduc shoots her partner, René, and eyewitnesses identify Aimée as the culprit. She must clear herself and find the shooter before she finishes the job

Just as Parisian private investigator Aimée Leduc is about to leave for New York City to pursue a lead on a man who might be her brother, her fellow detective, René Friant, is wounded by a near-fatal gunshot. Aimée is distraught over René’s condition and horrified to be under suspicion for the attack; police have pegged her as the guilty party. At the same time, a large, mysterious sum appears in Leduc Detective’s bank account, and tax authorities descend upon Aimée. It seems someone is impersonating her—someone who wants revenge. But for what?

Praise for Murder in the Palais Royal

“Such fun . . . a delightfully unbuttoned Audrey Hepburn for the twenty-first century.”
—Booklist

“[Aimée’s] two investigations link in a surprising way—there’s a really ripping ending—and make for interestingly different and over­lapping tension. And with Aimée really on the defensive, she’s more appealingly tough yet vulnerable than ever. With its multiple strands, this work has a somewhat different feel from other Aimée Leduc novels. But never fear, it’s still a winner.”
—Library Journal

“So authentic you can practically smell the fresh baguettes and coffee.”
—Val McDermid