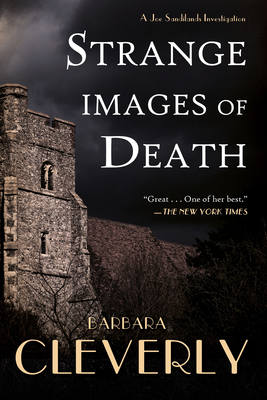 Provence, 1926. Scotland Yard detective Joe Sandilands is on leave, driving his way south to the Riviera while dropping off his niece at an ancient chateau.

A troubling crime committed just before their arrival leaves a clear message that more violence is to come. To allay panic, Joe agrees to stay on and root out the guilty person. But, despite Joe’s vigilance, a child goes missing and an artist’s beautiful young model is murdered in circumstances eerily recreating a six hundred-year-old crime of passion.

Helped and hindered by a rising star of the French Police Judiciaire, Joe must delve into a horror story from the castle’s past before he can tear the mask from the diseased soul responsible for these contemporary crimes.

"Despite her mastery at vivid scene-setting, Cleverly never loses sight of the historical puzzle that is central to her story. Simply put, it's a stunner."—New York Times

"Stylish and intricate.... Cleverly has perfect pitch for period and place, whether her hero is unearthing evil in India, England or France."—Richmond Times-Dispatch

"A great blood and guts blockbuster."—Guardian

Barbara Cleverly was born in the north of England and is a graduate of Durham University. A former teacher, she has spent her working life in Cambridgeshire and Suffolk; she now lives in Cambridge. She has one son and five step-children. She is the author of seven books in the Joe Sandilands series, including The Last Kashmiri Rose, Folly du Jour and Strange Images of Death. Her Joe Sandilands series, set against the background of the Indian Empire, was inspired by the contents of a battered old tin trunk that she found in her attic.
Loading...
or support indie stores by buying on