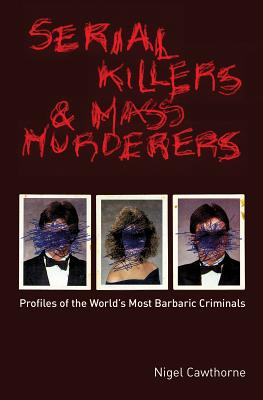 Profiles of the World's Most Barbaric Criminals


Serial Killers & Mass Murderers takes you into the minds of the criminals who committed the world's most notorious and horrifying crimes. Each of the sadistic murderers profiled here was once known simply as someone's neighbor, co-worker or child. What turned them into killers? In one chilling chapter after another, this book profiles a terrifying succession of homicidal maniacs and asks the question, "What makes them tick?" "The refrigerator contained meat, including a human heart, in plastic bags. There were three human heads in the freezer. Two more skulls were found in a pot on the stove. Another pot contained male genital organs and severed heads, and there were the remains of three male torsos in the trash."

Nigel Cawthorne has 28 years of experience as a writer and editor. He has written, contributed to and edited more than sixty books on subjects as diverse as skiing, computing, finance, fashion, sex, war, politics, art, music, engineering, science, history, crime and American football. His work has also appeared in over a hundred and fifty newspapers, magazines and partworks on both sides of the Atlantic. He lives in London.
Loading...
or support indie stores by buying on