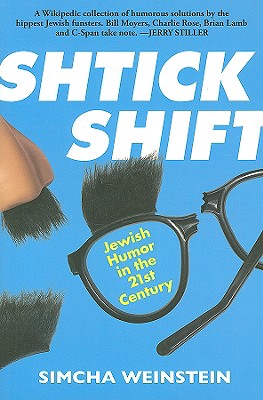 Jewish Humor in the 21st Century

'Shtick Shift' aims to be a primer to the ever-changing face of Jewish comedy in the 21st century.

Simcha Weinstein is an internationally known, best-selling author. His first book Up, Up and Oy Vey!, received the Benjamin Franklin Award for the best book of 2007. He has appeared on CNN Showbiz Tonight and NPR, and has been profiled in leading publications, including The New York Times, The Miami Herald and The London Guardian. He chairs the Religious Affair's Committee at the renowned New York art school, Pratt Institute.
Loading...
or
Not Currently Available for Direct Purchase