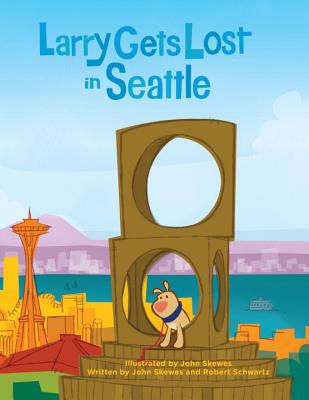 Larry Gets Lost in Seattle

Larry Gets Lost in Seattle is an interactive, highly visual children's story about a young boy (Pete) who goes to Seattle with his family and is temporarily separated from his cute little dog, Larry, while sightseeing. In his search for Pete, Larry encounters many Seattle landmarks and cultural attractions before the two are reunited.

Praise For Larry Gets Lost in Seattle…


“Taking a romp through the city doesn&sup1;t have to be exhausting - just add it to your bedtime story ritual!”
—Red Tricycle

“One of the best ABC books about Seattle around (yes, there are that many).”
—Rachel Hart, Seattle magazine

John Skewes is a professional illustrator living in Seattle. He began work as a product designer and character artist for Disney Consumer Products before leaving to start his own company, Retrodyne Industries in 2001. His clients include Warner Bros., Hanna-Barbera, Fox, Pixar, and Simon & Schuster. As the creator and illustrator of the award-winning Larry Gets Lost(TM) children's book series, John has followed Larry from the southern tip of Texas to tiny Nome, Alaska, and been lost several times himself. He has illustrated over 20 children's books, including the Flintstones, Tom and Jerry, and Alvin and the Chipmunks. Robert Schwartz helped create the best-selling line of Wacky Wobbler toys. He lives in Edmonds, WA.
Loading...
or
Not Currently Available for Direct Purchase