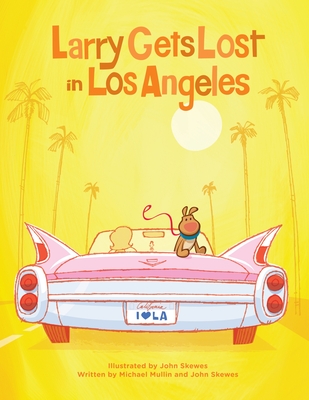 Larry Gets Lost in Los Angeles

In this new entry in the Larry Gets Lost series, Larry and Pete's travels take them to Los Angeles, and once again Larry gets lost! But not to worry-there's plenty to do in this new city. As he searches for Pete, Larry visits some amazing places, from wild Venice Beach to stately Beverly Hills, from exciting Disneyland to the icky La Brea Tar Pits. Eventually, the two reunite, but not before Larry-and the reader-has had a great adventure. Filled with John Skewes' candy-colored retro-inspired illustrations, Larry Gets Lost in Los Angeles offers young readers a witty dog's-eye view of the City of Angels. Sidebar entries enhance the story, offering fun factoids about the places Larry visits.

Praise For Larry Gets Lost in Los Angeles…

Praise and Awards for Larry Gets Lost in Seattle: Selected as a Washington Reads book for Spring 2008 Nominee for the 2009 Washington Children's Choice award "The adventures of the boy and the dog (and their eventual reunion) form a perfect fram