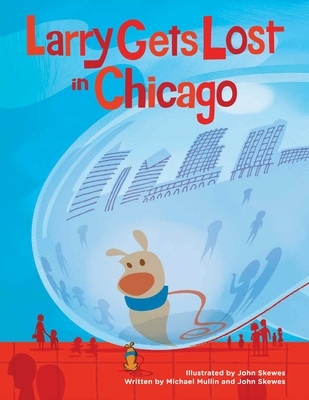 Larry Gets Lost in Chicago

This time everyone's favorite wandering pooch blows through the Windy City with his owner Pete and Pete's family. After exploring the Magnificent Mile and scarfing down hot dogs at Navy Pier, the family boards a train at the railway station, losing sight of Larry when the hungr pup pursues a tasty snack... oh no! Will they ever be reunited? While Larry and his family set out to find each other, learn about Chicago's landmarks and cultural attractions including the Art Institute, Wrigley Field, Lake Michigan, Lincoln Park Zoo, and the Willis Tower (formerly the Sears Tower). Filled with bright colors and retro illustrations, this book will enchant young readers as they explore another bustling metropolitan center with the precocious little Larry.

Praise For Larry Gets Lost in Chicago…

Praise and Awards for Larry Gets Lost in Seattle: &#8226; Selected as a Washington Reads book for Spring 2008 &#8226; Nominee for the 2009 Washington Children's Choice award "The adventures of the boy and the dog (and their eventual reunion) form a perfect