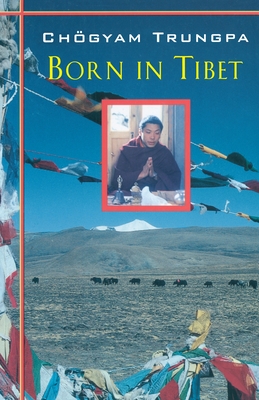 Chögyam Trungpa—meditation master, scholar, and artist—was identified at the age of only thirteen months as a major tulku, or reincarnation of an enlightened teacher. As the eleventh in the teaching lineage known as the Trungpa tulkus, he underwent a period of intensive training in meditation, philosophy, and fine arts, receiving full ordination as a monk in 1958 at the age of eighteen. The following year, the Chinese Communists invaded Tibet, and the young Trungpa spent many harrowing months trekking over the Himalayas, narrowly escaping capture.

Trungpa's account of his experiences as a young monk, his duties as the abbot and spiritual head of a great monastery, and his moving relationships with his teachers offers a rare and intimate glimpse into the life of a Tibetan lama. The memoir concludes with his daring escape from Tibet to India. In an epilogue, he describes his emigration to the West, where he encountered many people eager to learn about the ancient wisdom of Tibetan Buddhism.

Chögyam Trungpa (1940–1987)—meditation master, teacher, and artist—founded Naropa University in Boulder, Colorado, the first Buddhist-inspired university in North America; the Shambhala Training program; and an international association of meditation centers known as Shambhala International. He is the author of numerous books including Shambhala: The Sacred Path of the Warrior, Cutting Through Spiritual Materialism, and The Myth of Freedom.
Loading...
or support indie stores by buying on