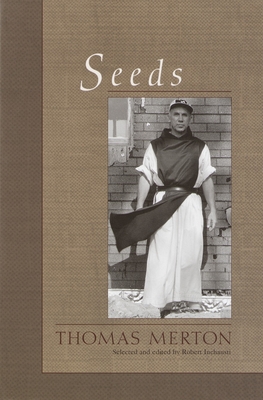 Thomas Merton is often considered the most prominent Christian contemplative of the twentieth century, but he was also a political activist, social visionary, and literary figure whose writings combine the candor of Thoreau and the moral vision of Gandhi. Here is a remarkably accessible introduction to his work: a collection of a short, vivid excerpts arranged in four parts so as to parallel the journey of a seeking soul in the modern world.

•  "Real and False Selves" distinguishes between our real selves, a deep religious mystery known entirely only to God, and the identities we take on in order to function in society.
•  "The World We Live In" provides a spiritual context to modern life, moving from a stark rejection of its empty promises to a deep compassion for its tragic limitations.
•  "Antidotes to Illusion" reflects on contemplative practices that can serve as the allies of our "real selves" in the battle against illusion: silence, solitude, meditation, prayer, charity, and faith.
•  "Love in Action" explores the role of the contemplative in the modern age and the challenges and pitfalls of living a life of active love.


Merton's startling critique of a society driven by technology and rampant acquisition, the politics of "good versus evil," and the self-deluding complacency of the spiritual "lifestyle" demonstrate beyond doubt that his writings are as urgent today as they were in his lifetime.

Thomas Merton (1915–1968) was a Trappist monk, spiritual director, political activist, social critic, and one of the most-read spiritual writers of the twentieth century. He is the author of many books, including The Seven Storey Mountain.
or support indie stores by buying on
Copyright © 2020 American Booksellers Association