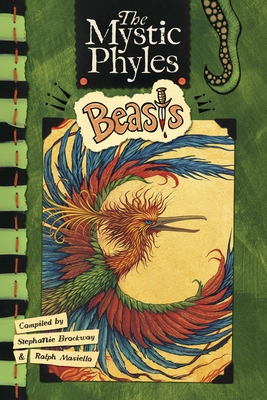 Abigail Thaddeus is aware of her borderline geek status--which only keeps her secretly yearning for a life of fame and adventure. But as an eighth-grader in the tiny town of Westbrook, tucked away in her grandparents' ramshackle old mansion, her chances for glory are slim. That is, until she discovers a mysterious letter that launches her on an undercover quest to research mythical beasts.

With the help of her best friend, Charley, Abigail unearths little-known facts about mythical creatures, from the familiar unicorn to the bizarre bonnacon. The more she learns, the more she finds that all is not as it may seem. When a threatening letter arrives, the lines between fact and fiction and excitement and danger begin to cross. Pop, her overly-strict grandfather, and Ninny, her nutty grandmother, may both be part of a reality more complicated and mystical than Abigail ever imagined.

Will Abigail pursue top-secret knowledge at all costs or choose a path of safety? Her decision could bring eternal glory . . . or certain doom! In this scrapbook-style journal, Abigail's quest to investigate mythical beasts is full of adventure, mishap, spunky humor, colorful sketches, and historically based research.

Stephanie Brockway collaborated with illustrator Ralph Masiello on her debut novel, THE MYSTIC PHYLES: BEASTS. She grew up in Massena, New York, a small town on the Canadian border that often wins the distinction of being the coldest spot in the US. She is a magazine art director, a job that inspired her reverence for the marriage of beautifully crafted words and pictures. Stephanie lives in West Brookfield, Massachusetts.
Loading...
or
Not Currently Available for Direct Purchase