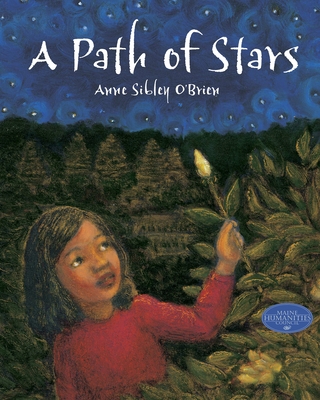 A Path of Stars

A touching story of family, loss, and memory.

Dara's grandmother, Lok Yeay, is full of stories about her life growing up in Cambodia, before she immigrated to the United States. Lok Yeay tells her granddaughter of the fruits and plants that grew there, and how her family would sit in their yard and watch the stars that glowed like fireflies. Lok Yeay tells Dara about her brother, Lok Ta, who is still in Cambodia, and how one day she will return with Dara and Dara's family to visit the place she still considers home. But when a phone call disrupts Lok Yeay's dream to see her brother again, Dara becomes determined to bring her grandmother back to a place of happiness.

Anne Sibley O'Brien's dreamlike illustrations beautifully complement this fictional story based on real-life experiences. Back matter contains information about the admission of Cambodian refugees into the United States, specifically Maine, after soldiers forced them out of their homeland in the 1970s. An author's note and glossary are also included.

A PATH OF STARS was originally developed for the New Mainers Book Project, part of the Maine Humanities Council's Born to Read program. The Project sponsors high-quality children's picture books created from the experiences of Maine's refugee communities, to preserve and present their cultural heritage and to promote their English language literacy.

Anne Sibley O'Brien has illustrated more than twenty picture books, including WHAT WILL YOU BE, SARA MEE? and the Jamaica series by Juanita Havill. Anne has also illustrated a number of her own books, including THE LEGEND OF HONG KIL DONG: THE ROBINHOOD OF KOREA, AFTER GANDHI: ONE HUNDRED YEARS OF NONVIOLENT RESISTANCE, and A PATH OF STARS. She lives on Peaks Island, Maine.
Loading...
or
Not Currently Available for Direct Purchase