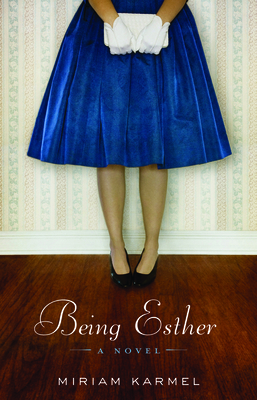 A wonderful fiction debut, Being Esther gives voice to Esther Lustig, an extraordinary woman who has lived a conventional life, in this touching exploration of aging. In spare, unsentimental prose, Miriam Karmel provides readers with one of literature's finest portraits of the last months of a woman's life. Sad and amusing, unpretentious and ambitious, Karmel's prose brings understanding and tremendous empathy to the character of Esther Lustig, a woman who readers will recognize and embrace. Born to parents who fled the shtetl, Esther Lustig has led a seemingly conventional life -- marriage, two children, a life in suburban Chicago. Now, at the age of 85, her husband is deceased, her children have families of their own, and most of her friends are gone. Even in this diminished condition, life has its moments of richness, as well as its memorable characters. Being Esther reflects the need, as Esther puts it, for better roadmaps for growing old.

Miriam Karmel has worked professionally as a newspaper reporter and magazine editor, and most recently as a freelance writer specializing in medicine and health. Her journalism has appeared in AARP magazine and Minnesota Women's Press. Her fiction has won numerous regional prizes, and her stories have been published in Bellevue Literary Review, Minnesota Monthly, and anthologized in Milkweed's Fiction on a Stick. She lives in Minneapolis, MN, and Sandisfield, MA. Being Esther is her first novel.