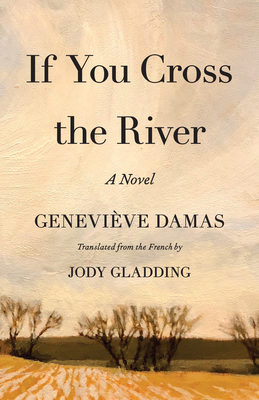 If You Cross the River

LONGLISTED FOR THE 2020 PEN TRANSLATION PRIZE

From celebrated Belgian author Genevi ve Damas, a modern fable about friendship, self-determination, and the power of words.

Illiterate, isolated, and held at arm's length by a bitter father, Fran ois Sorrente has spent his seventeen years within narrow confines. By day he tends the family farm's pigs; by night he manages the household chores. Still, Fran ois can't help but wonder about the wider world and his place in it. Who was his mother, who he remembers not at all? And why is the opposite shore of the river, where his beloved older sister disappeared many years ago, forbidden to him?

Propelled by curiosity, Fran ois turns to the eclectic denizens of his town to help make sense of these mysteries. He begins reading lessons with a melancholy cur , falls into an affair with a village woman, and affectionately confides his secrets to a velvet-eared piglet named Hym n e. As Fran ois questions both his origins and the course of his life, he begins to unlock the true story of his mother and sister, and comes to reinvent himself.

Exquisitely translated from the French by poet Jody Gladding, If You Cross the River is a magical debut.