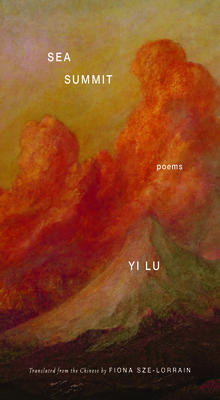 Influenced by both the "gray, sinister sea" near the village where Yi Lu grew up during the Cultural Revolution, and the beauty of the sea in the books she read as a child, Sea Summit is a collection of paradox and questioning. The sea is an impossible force to the poet: it is both a majestic force that predates man, and something to carry with us wherever we go, to be put "by an ancient rattan chair," so we can watch "its waves toss" from above. Exploring the current ecological crisis and our complicated relationship to the wildness around us, Yi Lu finds something more complex than a traditional nature poet might in the mysterious connection between herself and the forces of nature represented by the boundless ocean. Translated brilliantly by the acclaimed poet Fiona Sze-Lorrain, this collection of poems introduces an important contemporary Chinese poet to English-language readers.