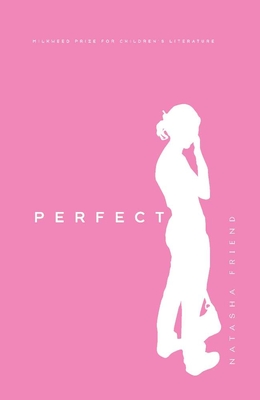 In the world of thirteen-year-old girls, everything's fine--at least on the surface.

Isabelle Lee is a typical, wisecracking, middle-of-the-pack girl who just happens to be dealing with some big issues. Her father has died and no one--especially her mother--wants to talk about it. Meanwhile, Isabelle's sister, who "used to be nine and charming," has messed everything up by ratting Isabelle out to their mom about her eating disorder.

At school, there's Mr. Minx, the self-important (but really not bad) English teacher; Ashley Barnum, the prettiest girl around; and the lunchroom, where tables are turf in an all-eyes-open battle for social status. Isabelle has measured the distance to being cool and she thinks it's long shiny hair, a toothpaste smile, and perfectly broken-in size-zero jeans.

Perfect is the story of one girl's attempt to cope with loss, define true friendship, and figure out the difference between appearances and reality.