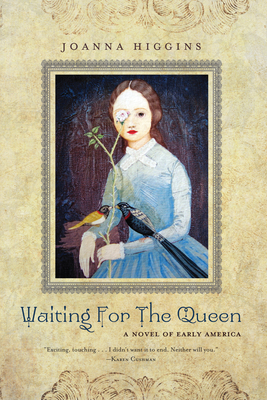 Waiting for the Queen (Hardcover)

A Novel of Early America

A surprising friendship develops between Eugenie, an escapee from the French Revolution, and Hannah, a Quaker girl, when they unite in the cause against slavery in this adventuresome tale of true nobility set amidst the rugged, eighteenth-century, Pennsylvania wilderness. Fifteen-year-old Eugenie de La Roque and her family barely escape the French Revolution with their lives. Along with several other noble families, they sail to America, where French Azilium, as the area came to be known, is being carved out of the rugged wilderness of Pennsylvania. Hannah Kimbrell is a young Quaker who has been chosen to help prepare French Azilum for the arrival of the aristocrats. In this wild place away from home and the memories they hold dear, Eugenie and Hannah find more in common than they first realize. With much to learn from each other, the girls unite to help free several slaves from their tyrannical French owner, a dangerous scheme that requires personal sacrifice in exchange for the slaves' freedom. A story of friendship against all odds, Waiting for the Queen is a loving portrait of the values of a young America, and a reminder that true nobility is more than a royal title.

Joanna Higgins is the author of A Soldier's Book, Dead Center, and The Importance of High Places (Milkweed Editions), a collection of short stories. She received her PhD from SUNY-Binghamton, where she studied under John Gardner. An adoptive mother of two children, Higgins lives with her family in upstate New York. Waiting for the Queen is her fist book for young readers.
or support indie stores by buying on
Copyright © 2020 American Booksellers Association