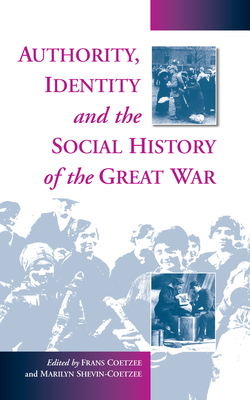 Authority, Identity, & the Social History of the Great War

The unprecedented scope and intensity of the First World War has prompted an enormous body of retrospective scholarship. However, efforts to provide a coherent synthesis about the war's impact and significance have remained circumscribed, tending to focus either on the operational outlines of military strategy and tactics or on the cultural legacy of the conflict as transmitted bythe war's most articulate observers. This volume departs from traditional accounts on several scores: by exploring issues barely touched upon in previous works, by deviating from the widespread tendency to treat the experiences of front and homefront isolation, and by employing a thematic treatment that, by considering the construction of authority and identity between 1914 and 1918, illuminates the fundamental question of how individuals, whether in uniform or not, endured the war's intrusion into so many aspects of their public and private lives.