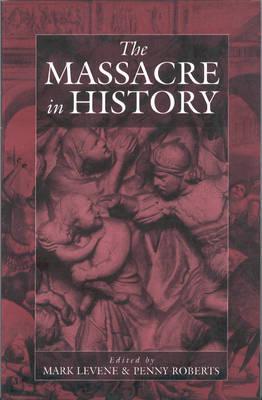 The Massacre in History (War and Genocide #1)

The role of massacre in history has been given little focused attention either by historians or academics in related fields. This is surprising as its prevalence and persistence surely demands that it should be a subject of serious and systematic exploration. What exactly is a massacre? When - and why - does it happen? Is there a cultural, as well as political framework within which it occurs? How do human societies respond to it? What are its social and economic repercussions? Are massacres catalysts for change or are they part of the continuity of the human saga? These are just some of the questions the authors address in this important volume.

Chronologically and geographically broad in scope, The Massacre in History provides in-depth analysis of particular massacres and themes associated with them from the 11th century to the present. Specific attention is paid to 15th century Christian-Jewish relations in Spain, the St. Batholemew's Day massacre, England and Ireland in the civil war era, the 19th century Caucasus, the rape of Nanking in 1937 and the Second World War origins of the Serb-Croat conflict. The book explores the subject of massacre from a variety of perspectives - its relationship to politics, culture, religion and society, its connection to ethnic cleansing and genocide, and its role in gender terms and in relation to the extermination of animals. The historians provide evidence to suggest that the massacre is often central to the course of human development and societal change.