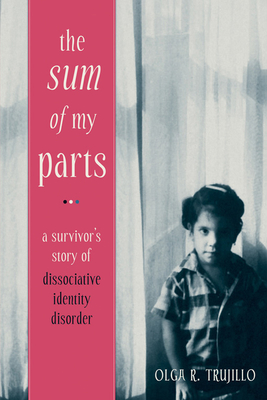 The Sum of My Parts

By the first day of kindergarten, Olga Trujillo had already survived years of abuse and violent rape at the hands of her tyrannical father. Over the next ten years, she would develop the ability to numb herself to the constant abuse by splitting into distinct mental "parts." Dissociative identity disorder (DID) had begun to take hold, protecting Olga's mind from the tragic realities of her childhood.

In The Sum of My Parts, Olga reveals her life story for the first time, chronicling her heroic journey from survivor to advocate and her remarkable recovery from DID. Formerly known as multiple personality disorder, DID is defined by the presence of two or more identities. In this riveting story, Olga struggles to unearth memories from her childhood, and parallel identities--Olga at five years old, Olga at thirteen--come forth and demand to be healed. This brave, unforgettable memoir charts the author's triumph over the most devastating conditions and will inspire anyone whose life has been affected by trauma.

Olga R. Trujillo is an attorney who works with communities on issues involving domestic violence, child abuse, sexual assault, and the impact of trauma. A nationally renowned speaker, she has appeared in several training videos on domestic violence, including Cut It Out and A Survivor's Story. She has received the Bud Cramer Leadership Award from the National Children's Alliance and the Sunshine Lady Foundation Peace Award. Olga lives with her partner Casey, dogs, and cats on a small farm in Wisconsin.
Loading...
or support indie stores by buying on