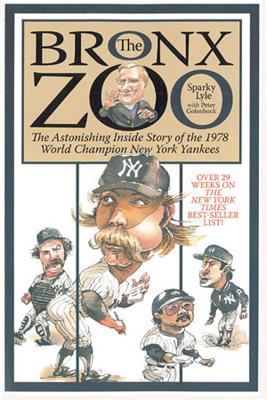 This bestselling, highly-acclaimed account is a hilarious but scathing baseball tell-all. After being voted the 1977 American League Cy Young Award winner, Sparky Lyle was rewarded for his efforts by being benched. The Yankees, a leader of free agency, signed Goose Gossage as their closer. Things only went downhill from there and the 1978 season turned out to be one of controversy, firings, fights and acrimony. In short, it was a zoo.

Sparky Lyle is a former left-handed relief pitcher who spent 16 seasons in Major League Baseball. A three-time All-Star, he won the American League Cy Young Award in 1977. He was most famous for coauthoring The Bronx Zoo, a 1979 tell-all book that chronicled the dissension within the Yankees in its World Series Championship seasons of 1977 and 1978. Peter Golenbock is a sports journalist and author.