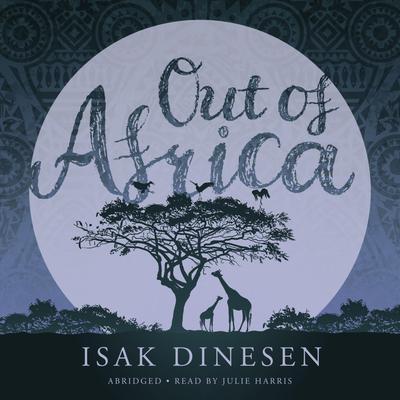 Out of Africa - Abridged (Digital Audiobook)

"When I was a young girl, it was very far from my thoughts to go to Africa, nor did I dream then that an African farm should be the place in which I should be perfectly happy."

After the failure of her coffee farm, Karen Blixen returned to Denmark, where she wrote this classic account of her experiences. Out of Africa is a celebration of her life there and her friendship with the various peoples of the area. Her sympathetic response to the landscape and animals are drawn with warmth and unusual clarity.

Isak Dinesen
(1885-1962) was the pen name of Danish author Karen Blixen. She was also
published under the pen names Osceola and Pierre Andrezel and wrote works in
Danish, French, and English. She is best known for Out of Africa, her account of living in Kenya, and one of her
stories, Babette's Feast, both of
which have been adapted into highly acclaimed, Academy Award-winning motion pictures.
Her family estate in Rungsted, Denmark, was opened to the public as a museum in
1991.