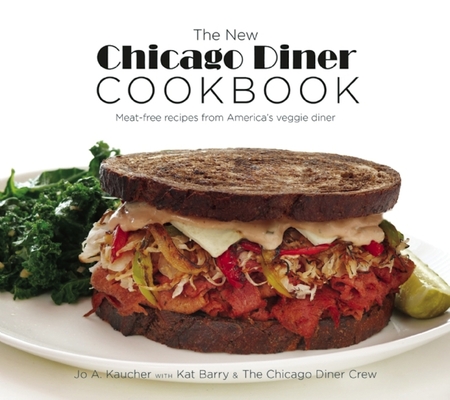 Thirty years after opening, the Chicago Diner is still the Windy City's premier vegetarian eatery, now with two locations and a national fan base. In honor of this momentous anniversary, the Chicago Diner is releasing this new cookbook, reflecting the wealth of new recipes, vegetarian and vegan dining sensibilities, and anecdotes from the kitchen of this award-winning foodie favorite. In an attempt to eat healthier, Mickey Hornick became a regular at a local hippie haunt, the Breadshop Kitchen, where Jo Kaucher baked bread. One day, Hornick quit his job and took a position in Kaucher's kitchen as a dishwasher, despite his rudimentary knowledge of vegetables and warnings that the restaurant would soon go under. While Hornick and Kaucher were unable to save the Breadshop, they reunited to found the Chicago Diner. Predating the exponential growth of veggie-friendly dining in the 1990s and 2000s, the Chicago Diner set an example of how a successful vegetarian restaurant could thrive, even in meat-and-potatoes cities like Chicago. The Chicago Diner is a staple of the city's culinary scene, earning a Michelin Guide recommendation as well as numerous local and national accolades.

Jo A. Kaucher, "Chef Jo," is the head chef and co-owner of the Chicago Diner, the landmark vegetarian restaurant that first opened its doors in 1983. She lives with Chicago Diner president and co-owner Mickey Hornick in Chicago. Kat Barry is a Michigan native, self-made chef, and founder of her own catering business. She became vegan in 2007. Because plant-based living so profoundly improved her health, she is now passionately committed to educating and inspiring others to do the same. She is the business development specialist at The Chicago Diner.
or support indie stores by buying on
Copyright © 2020 American Booksellers Association