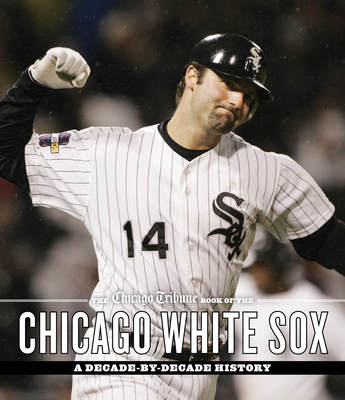 The Chicago Tribune Book of the Chicago White Sox

The Chicago Tribune Book of the Chicago White Sox is a decade-by-decade look at one of the American League's original eight teams, starting with the franchise's Windy City beginnings in 1900 as the Chicago White Stockings (the former name of crosstown rivals the Cubs) and ending with the current team. For more than a century, the Chicago Tribune has documented every Sox season through original reporting, photography, and box scores. For the first time, this mountain of Sox history has been mined and curated by the paper's sports department into a single one-of-a-kind volume. Each era in Sox history includes its own timeline, profiles of key players and coaches, and feature stories that highlight it all, from the heavy hitters to the no-hitters to the one-hit wonders. To be a Sox fan means to know breathtaking highs and dramatic lows. The team's halcyon days--starting with the championship it won during the first official season of the newly formed American League in 1901--have always been punctuated with doldrums and stormy stretches, including a period of time in the '80s when it looked likely that the team would leave Chicago. But with the diehard support of their fans, the Good Guys have always made a comeback--including the team's landmark 2005 World Series win, the first by any Chicago major league team in 88 years. This book records it all. The award-winning journalists, photographers, and editors of the Chicago Tribune have produced a comprehensive collector's item that every Sox fan will love.

The Chicago Tribune, founded in 1847, is the flagship newspaper of the Chicago Tribune Media Group. Its staff comprises dedicated, award-winning journalists who have authored many bestselling books
Loading...
or support indie stores by buying on