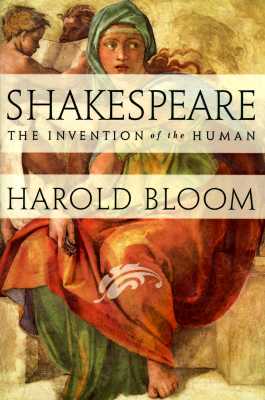 The Invention of the Human

Shakespeare: The Invention of the Human is the culmination of Harold Bloom's life's work in reading, writing about, and teaching Shakespeare. It is his passionate and convincing analysis of the way in which Shakespeare not merely represented human nature as we know it today, but actually created it: before Shakespeare, there was characterization; after Shakespeare, there was character, men and women with highly individual personalities -- Hamlet, Falstaff, Iago, Cleopatra, Macbeth, Rosalind, and Lear, among them. In making his argument, Bloom leads us through a brilliant and comprehensive reading of every one of Shakespeare's plays.

According to a New York Times report on Shakespeare last year, "more people are watching him, reading him, and studying him than ever before". Shakespeare: The Invention of the Human is a landmark contribution, a book that will be celebrated and read for many years to come. It explains why Shakespeare has remained our most popular playwright for more than four hundred years, and in helping us to understand ourselves through literature, it restores the role of critic to one of central importance to our culture.