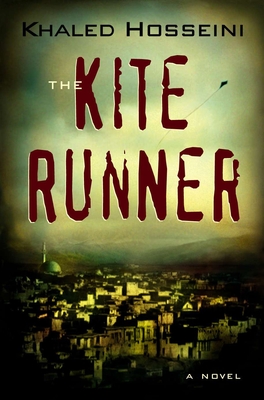 The #1 New York Times bestselling novel that introduced Khaled Hosseini to millions of readers the world over.

“A vivid and engaging story that reminds us how long his people [of Afghanistan] have been struggling to triumph over the forces of violence—forces that continue to threaten them even today." –New York Times Book Review

The unforgettable, heartbreaking story of the unlikely friendship between a wealthy boy and the son of his father’s servant, caught in the tragic sweep of history, The Kite Runner transports readers to Afghanistan at a tense and crucial moment of change and destruction. A powerful story of friendship, it is also about the power of reading, the price of betrayal, and the possibility of redemption; and an exploration of the power of fathers over sons—their love, their sacrifices, their lies.

Since its publication in 2003 Kite Runner has become a beloved, one-of-a-kind classic of contemporary literature, touching millions of readers, and launching the career of one of America's most treasured writers.

"[A] powerful first novel... political events, even as dramatic as the ones that are presented in The Kite Runner, are only a part of this story. In The Kite Runner, Khaled Hosseini gives us a vivid and engaging story that reminds us how long his people have been struggling to triumph over the forces of violence—forces that continue to threaten them even today."—The New York Times Book Review

"A beautiful novel... This unusually eloquent story is also about the fragile relationship between fathers and sons, humans and their gods, men and their countries. Loyalty and blood are the ties that bind their stories into one of the most lyrical, moving and unexpected books this year." --The Denver Post

"A marvelous first novel... the story of two young boys who are friends in Afghanistan, and an incredible story of the culture. It's an old-fashioned kind of novel that really sweeps you away." --San Francisco Chronicle

"This extraordinary novel locates the personal struggles of everyday people in the terrible sweep of history." --People