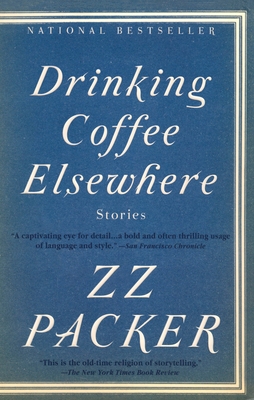 The acclaimed debut short story collection that introduced the world to an arresting and unforgettable new voice in fiction, from multi-award winning author ZZ Packer

Her impressive range and talent are abundantly evident: Packer dazzles with her command of language, surprising and delighting us with unexpected turns and indelible images, as she takes us into the lives of characters on the periphery, unsure of where they belong. We meet a Brownie troop of black girls who are confronted with a troop of white girls; a young man who goes with his father to the Million Man March and must decide where his allegiance lies; an international group of drifters in Japan, who are starving, unable to find work; a girl in a Baltimore ghetto who has dreams of the larger world she has seen only on the screens in the television store nearby, where the Lithuanian shopkeeper holds out hope for attaining his own American Dream.

With penetrating insight, ZZ Packer helps us see the world with a clearer vision. Fresh, versatile, and captivating, Drinking Coffee Elsewhere is a striking and unforgettable collection, sure to stand out among the contemporary canon of fiction.

”A captivating eye for detail...a bold and often thrilling usage of language and style.”—San Francisco Chronicle

”This is the old-time religion of storytelling, although Packer’s prose supplies plenty of the edge and energy we expect from contemporary fiction.”—The New York Times Book Review

”A true cause for celebration for those of us who feel that fiction exists to crack the world open again and inspire us with new love for it. Funny, fierce, verbally energetic, deeply compassionate—ZZ Packer is a wonderful new writer, who somehow manages to indict the species and forgive it all at once.”—George Saunders, Booker Pize winning author of Lincoln in the Bardo

”ZZ Packer writes a short story with more complexity and kindness than most people can muster in their creaking 500-page novels. It is the kind of brilliance for narrative that should make her peers envious and her readers very, very grateful.”—Zadie Smith, New York Times bestselling author of Swing Time

”Packer casts an eye both humorous and merciless upon her characters, putting them, in the tradition of Flannery O’Connor, to tests of faith, family, friendship, love, and self that can approach almost Biblical dimensions.”—Elle

ZZ Packer's stories have appeared in The New Yorker (where she was launched as a debut writer), Harper's and Story, have been published in The Best American Short Stories, and have been read on NPR's Selected Shorts. Packer is the recipient of a Guggenheim Fellowship, a Whiting Writers' Award, and a Rona Jaffe Foundation Writers' Award. A graduate of Yale, the Iowa Writers' Workshop, and the Writing Seminar at Johns Hopkins University, she has been a Wallace Stenger-Truman Capote fellow and a Jones lecturer at Stanford University.
Loading...
or
Not Currently Available for Direct Purchase