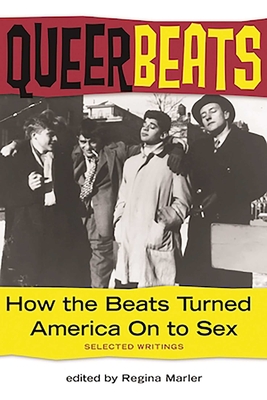 How the Beats Turned America On to Sex

The writings that shocked America out of the 1950s

Blasting through the crew-cuts and conformism of their day, the Beat writers were queer in the fullest sense of the word: their fluid sexuality challenged all sexual and romantic conventions. Most shocking of their unconventional attitudes was their embrace of same-sex eroticism. At a time when gay people were considered mentally ill or criminal, the Beats celebrated spontaneity and freedom in thought, word, and action. Their highest value was nakedness--even before Allen Ginsberg stripped bare at a poetry reading to silence a heckler. They would try anything once, then write about it.

Regina Marler is the author of Bloomsbury Pie: The Making of the Bloomsbury Boom (Henry Holt, 1997) and the editor of Selected Letters of Vanessa Bell (Pantheon, 1993). She contributes to the Los Angeles Times Book Review, the New York Observer, and The Advocate. She lives a Beat life in San Francisco.
Loading...
or
Not Currently Available for Direct Purchase