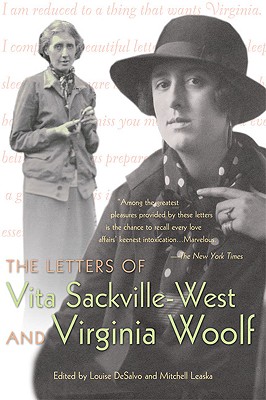 The Letters of Vita Sackville-West and Virginia Woolf

After they met in 1922, Vita Sackville-West, a British novelist married to foreign diplomat Harold Nicolson, and Virginia Woolf began a passionate relationship that lasted until Woolf's death in 1941. Their revealing correspondence leaves no aspect of their lives untouched: daily dramas, bits of gossip, the strains and pleasures of writing, and always the same joy in each other's company. This volume, which features over 500 letters spanning 19 years, includes the writings of both of these literary icons.

DeSalvo and Leaska established the chronological order of the letters and placed them in sequence, and they have also included relevant diary entries and letters Vita and Virginia wrote to other friends where they add context and illumination to the narrative. Annotations throughout the text identify peripheral characters, clarify allusions, and provide background. As the New York Times noted, "the result is a volume that reads like a book, not just a gathering of marvelous scraps."

In his introduction Mitchell A. Leaska observes, "Rarely can a collection of correspondence have cast into more dramatic relief two personalities more individual or more complex; and rarely can an enterprise of the heart have been carried out so near the verge of archetypal feeling."