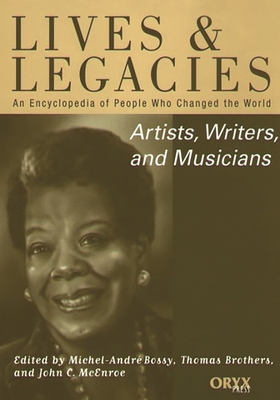 An Encyclopedia of People Who Changed the World (Lives & Legacies (Oxford))

MICHEL-ANDRE BOSSY is Professor of Comparative Literature and French Studies at Brown University. His publications include studies of troubadour lyrics, the creation of medieval romances and song anthologies. He is the translator and editor of Medieval Debate Poetry: Vernacular Works (1987).THOMAS BROTHERS is Associate Professor of Music at Duke University, where he teaches African-American music and medieval music. He is the editor of Louis Armstrong: In His Own Words (1999) and Chromatic Beauty in the Late-Medieval Chanson (1997).JOHN CRAIG McENROE teaches art history at Hamilton College. His most recent publications include Pseira V. The Architecture (forthcoming), and Critical Perspectives (co-editor with Deborah Pokinski, forthcoming).
or support indie stores by buying on
Copyright © 2020 American Booksellers Association