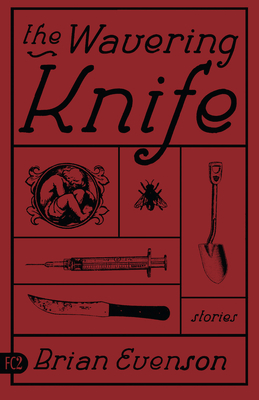 Brian Evenson's fifth story collection constructs a human landscape as unearthly as it is mundane. Replete with the brutality, primordial waste, and savage blankness familiar to readers of his earlier works, Evenson's Kafkaesque allegories entice the mind while stubbornly disordering it. In the title story an obsessive consciousness folds back on itself, creating a vertiginous mélange of Poe and Borges, both horrific and metaphysical. Here, as in "Moran's Mexico," and "Greenhouse," the solitary nature of reading and writing leads characters beyond human limits, making the act of putting words to paper a monstrous violation opening onto madness. In "White Square" the representation of humans by dimly colored shapes confirms our feeling that something lies behind these words, while seeming to mock us with the futility of seeking it. Evenson's enigmatic names-Thurm, Bein, Hatcher, Burlun-placeable landscapes, and barren rooms all combine to create a semblance of conceptual abstraction, as though the material universe had come to exist inside someone's head.

Small wonder that Evenson's work has attracted so much attention among philosophers, literary critics, and other speculative intelligences, for it continuously projects a tantalizing absence, as though there were some key or code that, if only we knew it, would illuminate everything. However, the blade of discernment wavers, and we are left to our own groping interpretations.

Praise For The Wavering Knife: Stories…

"These tales by a modern Poe occur under an immense pressure of language, insight, and observation. Harrowing (Evenson makes us want to check the word's literal meaning) as they are, they take place just beyond the numbed moment where cruelty and craziness grow banal." -Samuel R. Delany, author of The Mad Man

"Despite the horror present in each story, Evenson's blend of wit and shock, which plunges readers into the minds of his often demented protagonists, serves to create acceptance even as it generates repulsion." -Publishers Weekly

"I admire Evenson's writing and respect his courage." -Andrew Vachss

BRIAN EVENSON lives and works in Providence, Rhode Island, where he directs Brown University's Literary Arts Program. He has translated work by Christian Gailly, Jean Frémon, Claro, Jacques Jouet, Eric Chevillard, Antoine Volodine, and others. He is the recipient of three O. Henry Prizes as well as an NEA fellowship