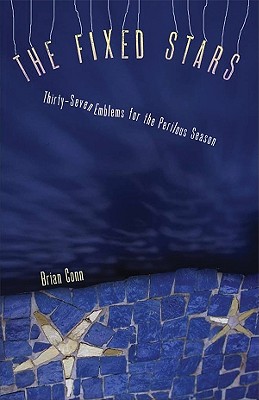 Thirty-Seven Emblems for the Perilous Season

A fable-like tale of a small community afflicted by a mysterious plague Juxtaposing barbarity and whimsy, Brian Conn’s The Fixed Stars is a novel that has the tenor of a contemporary fable with nearly the same dreamlike logic. At the novel’s heart are the John’s Day celebration and the interactions of a small community dealing with a mystery disease. Routinely citizens are quarantined and then reintegrated into society in rituals marked by a haunting brutality. The infected and the healthy alike are quarantined. In a culture that has retreated from urbanism into a more pastoral society, the woman who nurtures spiders and the man who spins hemp exist alongside the mass acceptance of sexual promiscuity. Conn delivers a compelling portrait of a calamitous era, one tormented by pestilence, disease, violence, and post–late capitalism. An unflinching look at a world impossible to situate in time, The Fixed Stars is mythic and darkly magical.

Praise For The Fixed Stars: Thirty-Seven Emblems for the Perilous Season…

“Brian Conn’s wonderfully perilous crossbreeding of Science Fiction and innovative prose reads like what might result if Dhalgren and A Canticle for Leibowitz engaged in salacious acts with The Tibetan Book of the Dead. The Fixed Stars is a funny, absurd, and beatifically strange book, one in which you simultaneously have the feeling that not one word is out of place and that everything that language brings to us opens onto a void. The Fixed Stars is the future of the future, and it is a truly outstanding debut.”—Brian Evenson, author of The Wavering Knife and Altmann's Tongue

“With bits of machinery culled from post-apocalyptic science fiction, gothic horror, and ancient myth and ritual, Brian Conn has built a beguiling puzzle box of a novel. The Fixed Stars is a thorny, disjunctive fable that unfolds like a nightblooming flower. This is strange, intoxicating stuff.”—Jedediah Berry, author of The Manual of Detection

Brian Conn studies mathematics in southern Rhode Island. He is coeditor of the journal Birkensnake.
Loading...
or
Not Currently Available for Direct Purchase