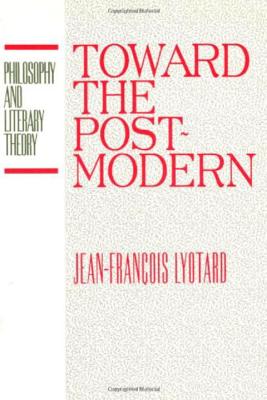 Brings together previously unpublished essays by one of the most important philosophers of the last three decades of the 20th century. This authorized compilation of 13 essays reflect the main stages of Lyotard's thought—the libidinal, the pagan, and the intractable—leading toward his account of the postmodern in contemporary thought and culture.

Jean-Francois Lyotard (1924 - 1998) was professor of philosophy at the Université De Paris VIII (Université De Vincennes) and a major literary critic and theoretician of postmodernism.
Loading...
or
Not Currently Available for Direct Purchase