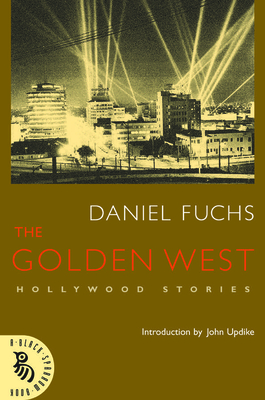 In the spring of 1937, Brooklyn's Daniel Fuchs, twenty-seven years old and already the author of three remarkable novels (now collected as The Brooklyn Novels), came to Hollywood to bang out a treatment of one of his short stories. His thirteen-week contract turned into a permanent residence--and a lifelong love affair with the movie business. Fuchs worked with the best: Warner and M-G-M and RKO, Wilder and Huston and Joe Pasternak, Raft and Cagney and Doris Day. He spent his days crafting screenplays, but off the lot he continued to write prose, mainly stories for Collier's and The New Yorker and non-fiction "Letters from Hollywood" for Commentary. The Golden West collects, for the first time, the best of Fuch's writings about studio life, from a novice screenwriter's anxious first impressions to a fifty-year veteran's mellow memoirs. Fuchs may have loved Hollywood, but he saw life as it is, gold and tinsel both, and described it without falling into easy sentiment or condescending laughter.