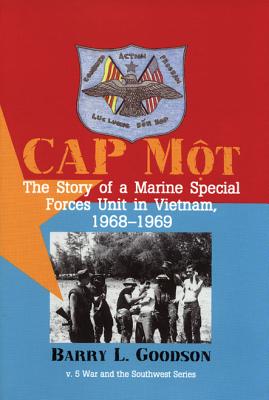 The Marines' Combined Action Platoon program--CAP--was one of the most innovative approaches to pacification used in Vietnam. From experience in other civil wars in Haiti, Nicaragua, and the Dominican Republic, the Marine Corps believed that firepower alone would not subdue the enemy, that the people had to be won over. Consisting of a volunteer rifle squad, a Navy medical corpsman and a locally recruited platoon of Popular Forces (PF), the CAP lived among the villagers 24 hours a day for the express purpose of protecting and helping them to survive the dangers of their enemies. They also were to help them improve their health and their daily lives. Unlike other forces in Vietnam, the CAP forces did not arrive by helicopter in the morning and leave at night. The only time a CAP marine left the jungle was when he was rotating home, wounded or killed. They became part of village life and aided the local residents in many ways. The marines became familiar with the local terrain, could bring in heavy fire power when necessary, instilled discipline and confidence in the PF forces, and won the loyalty of many Vietnamese villagers. This book tells the story of Goodson's personal experiences as a CAP Marine in the jungles of Vietnam.

Barry Goodson served in the Marine Corps in Vietnam from 1968-1969 near ChuLai, Vietnam. His primary service was as an Assistant Squad Leader in his CAP unit. Other duties included machine gunner and squad leader of Alpha guns/Alpha Company. He received a Naval Achievement Medal with Valor and a Purple Heart. Goodson currently serves as a sheriff's deputy in Parker County, Texas, where he has patroled 1,000 square miles investigating criminal cases, apprehending criminals, serving as community relations and media relations officer, and crime watch coordinator, among other services. Goodson was named Patrol Officer of the year in 1994. He is a graduate of Texas Christian University.
Loading...
or
Not Currently Available for Direct Purchase