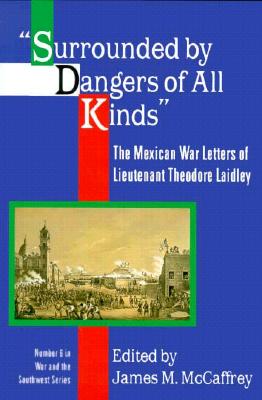 Surrounded by Dangers of all Kinds

Lieutenant Theodore Laidley, whose army career spanned forty years until his retirement as a colonel in 1882, was a young officer during the Mexican War. Like so many of his fellow soldiers he wrote long letters home describing new and unusual sights and events.

Laidley landed at Veracruz on the Mexican coast in March 1847, and assisted in the reduction of that important port city. He commanded a field battery at Cerro Gordo as General Winfield Scott began his march into the interior of Mexico. The young lieutenant remained with the garrison at Puebla, where his actions were instrumental in denying that city to Santa Anna in a month-long siege in the fall of 1847. Upon his arrival in Mexico City and the victory there and ensuing treaty negotiations, Laidley explored ancient sites and followed the trails first laid by Cortez. On August 2, 1848, the military occupation of Mexico ended and Laidley, now a Brevet Major, returned to the United States. His letters home to his father in Virginia begin on August 23, 1945 (from Watervliet Arsenal, New York) and end on May 13, 1848 (from Mexico City). They reveal the horrors of the battlefield, his low opinion of volunteer soldiers, the jealousy over promotions within the officer corps, and continued concerns over his own physical and spiritual health.

James M. McCaffrey is an associate professor of history at the University of Houston-Downtown. His previous books include This Band of Heroes: Granbury’s Texas Brigade, C.S.A.; Army of Manifest Destiny: The American Soldier in the Mexican War, 1846–1848; with John F. Kinney, Wake Island Pilot: A World War II Memoir.
Loading...
or
Not Currently Available for Direct Purchase