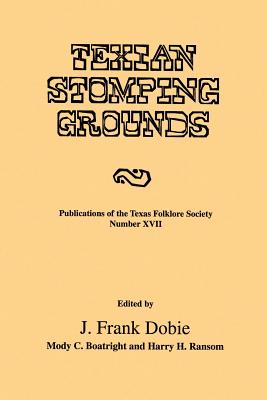 A Publication of the Texas Folklore Society, which examines how Texans of many races have shaped their lives and shaped the state.

J. Frank Dobie (1888–1964) was an American folklorist, writer, and newspaper columnist best known for many books depicting the richness and traditions of life in rural Texas. In 1922, he became secretary of the Texas Folklore Society and held the post for 21 years.

Harry H. Ransom (1908–1976), University of Texas English Professor, was appointed associate editor of TFS in 1938. He later became president of UT and then chancellor.
Loading...
or support indie stores by buying on