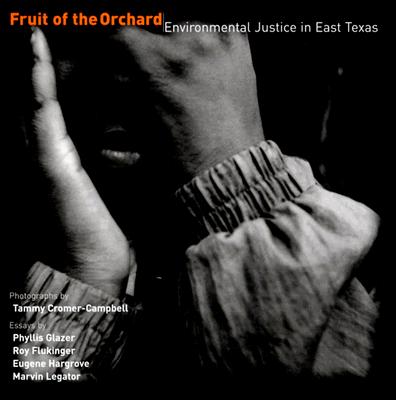 Fruit of the Orchard

In 1982, a toxic waste facility opened in the Piney Woods in Winona, Texas. The residents were told that the company would plant fruit trees on the land left over from its ostensible salt-water injection well. Soon after the plant opened, however, residents started noticing huge orange clouds rising from the facility and an increase in rates of cancer and birth defects in both humans and animals. The company dismissed their concerns, and confusion about what chemicals it accepted made investigations difficult. Outraged by what she saw, Phyllis Glazer founded Mothers Organized to Stop Environmental Sins (MOSES) and worked tirelessly to publicize the problems in Winona. The story was featured in People, the Houston Chronicle magazine, and The Dallas Observer. Phyllis Glazer was voted one of the 20 Most Impressive Texans of 1997 by Texas Monthly because of her work in Winona. The plant finally closed in 1998, citing the negative publicity generated by the group.

This book originated in 1994 when Cromer-Campbell was asked by Phyllis Glazer to produce a photograph for a poster about the campaign. She was so touched by the people in the town that she set out to document their stories. Using a plastic Holga camera, she created hauntingly distorted images that are both works of art and testaments to the damage inflicted on the people of a small Texas town by one company’s greed.

In the accompanying essays, Phyllis Glazer describes the history of Winona and the fight against the facility, Roy Flukinger discusses Cromer-Campbell's striking photographic technique, Eugene Hargrove explores issues of environmental justice, and Marvin Legator elaborates on how industry and government discourage victims of chemical exposure from seeking or obtaining relief.

Tammy Cromer-Campbell is a photographer based in Longview, Texas, whose photographs have been featured in Foto Mundo, CameraArts, and on CNN.

Phyllis Glazer was voted one of the 20 Most Impressive Texans of 1997 by Texas Monthly because of her work in Winona.

Roy Flukinger is the photography curator for The University of Texas’s Harry Ransom Humanities Research Center.

Eugene Hargrove is founder of the Center for Environmental Philosophy at the University of North Texas.

Marvin Legator was a toxicologist who examined many of the citizens involved.
Loading...
or
Not Currently Available for Direct Purchase