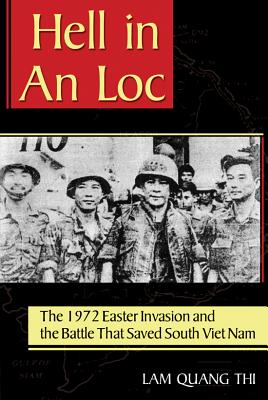 Hell in An Loc

In 1972 a North Vietnamese offensive of more than 30,000 men and one hundred tanks smashed into South Vietnam and raced to capture Saigon. All that stood in their way was a small band of 6,800 South Vietnamese (ARVN) soldiers and militiamen, and a handful of American advisors with U.S. air support, guarding An Loc, a town sixty miles north of Saigon and on the main highway to it.


This depleted army, outnumbered and outgunned, stood its ground and fought to the end and succeeded. Against all expectations, the ARVN beat back furious assaults from three North Vietnamese divisions, supported by artillery and armored regiments, during three months of savage fighting.

LAM QUANG THI was a general in the ARVN. He is the author of The Twenty-five Year Century: A South Vietnamese General Remembers the Indochina War to the Fall of Saigon (UNT Press). He lives in Fremont, California. ANDREW WIEST (foreword) is the author of Vietnam’s Forgotten Army: Heroism and Betrayal in the ARVN.
Loading...
or
Not Currently Available for Direct Purchase