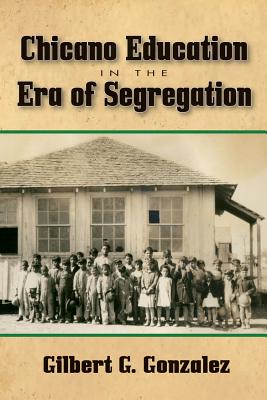 Chicano Education in the Era of Segregation (Al Filo

Chicano Education in the Era of Segregation analyzes the socioeconomic origins of the theory and practice of segregated schooling for Mexican-Americans from 1910 to 1950. Gilbert G. Gonzalez links the various aspects of the segregated school experience, discussing Americanization, testing, tracking, industrial education, and migrant education as parts of a single system designed for the processing of the Mexican child as a source of cheap labor. The movement for integration began slowly, reaching a peak in the 1940s and 1950s. The 1947 Mendez v. Westminster case was the first federal court decision and the first application of the Fourteenth Amendment to overturn segregation based on the “separate but equal” doctrine. This paperback features an extensive new Preface by the author discussing new developments in the history of segregated schooling.

“[Gonzalez] successfully identifies the socioeconomic and political roots of the inequality of education of Chicanos. . . . It is an important historical and policy source for understanding current and future issues affecting the education of Chicanos.”—Dennis J. Bixler-Marquez, International Migration Review

“[T]his book is a most welcome contribution to the field. It should be required reading for those interested in ethnic studies, education, and history.”—Guadalupe San Miguel, Jr., Teachers College Record

“A major study essential for collections in the history of American education and the social sciences.”—Choice

"Chicano Education must be required reading for graduate students of the history of education and Chicana/o-Latina/o studies. The text is also ideal for upper-level undergraduate courses as each chapter can stand alone. . . . Scholars and students seeking to understand the severe undereducation and generational poverty of contemporary Latino families will appreciate Gonzalez's carefully grounded, evidence-based assessment."--New Mexico Historical Review

GILBERT G. GONZALEZ is professor emeritus in the Chicano Latino Studies Department at the University of California, Irvine. He is the author of numerous publications, including Guest Workers or Colonized Labor?, Mexican Consuls and Labor Organizing, Labor and Community, and Culture of Empire. Gonzalez co-directed and produced the award-winning documentary The Harvest of Loneliness.
Loading...
or
Not Currently Available for Direct Purchase