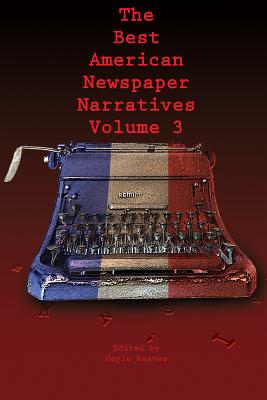 "To say the writing is good would be an understatement and it is easy to understand why they have been chosen as the ten winners. The Mayborn Literary Nonfiction Conference has done us a great service."--Bookpleasures.com

"If you, too, are a news fanatic, you may enjoy The Best American Newspaper Narratives Volume 3. . . . Each article included in the collection has its merit, and it is nice to have a book with compelling articles crafted by skilled journalists."--Oak Tree Reviews

GAYLE REAVES is the former editor of the alternative newspaper Fort Worth Weekly. Previously she was a projects reporter and assistant city editor for The Dallas Morning News, where she was part of the team that won the 1994 Pulitzer Prize in International Reporting and in 1990, with two colleagues, received the George Polk Award.
Loading...
or
Not Currently Available for Direct Purchase